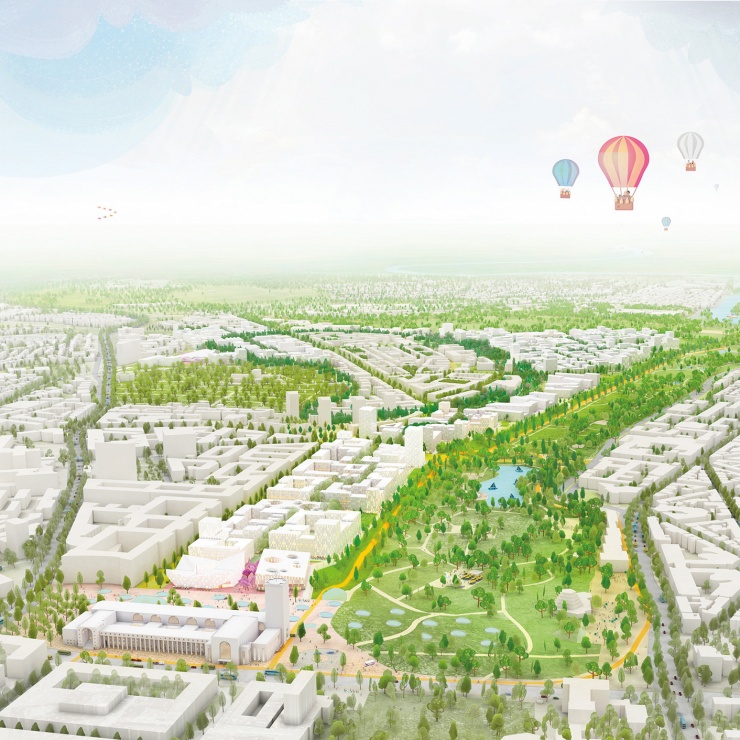 The project completes Stuttgarts inner city. Like a mosaic, three new quarters fit into the existing situation and create an extension of the district with a strong and individual character. The three new quarters refer structurally to their surroundings and create together with their own „centres" strong identities. The common „urbangreen ribbon" connects the inner part of the city with the surrounding and creates a mutual meetingspace. By doing so the barrier of the track curve can be dismantled and transferred into a new central open space concept with an inner green lung. In the new eastern district-seam, the historical park meets mediating landscape, various leisure offers and finally the new district. A central key in the Rosenstein mosaic are the large school campuses, which act as joints between the new quarters and merge the open-space „seam" with the „urban green ribbon". In this way the project is embedded in Stuttgarts large-scale green system and is at the same time strengthening the connection to the Neckar, to Bad Cannstatt and the whole city of Stuttgart. 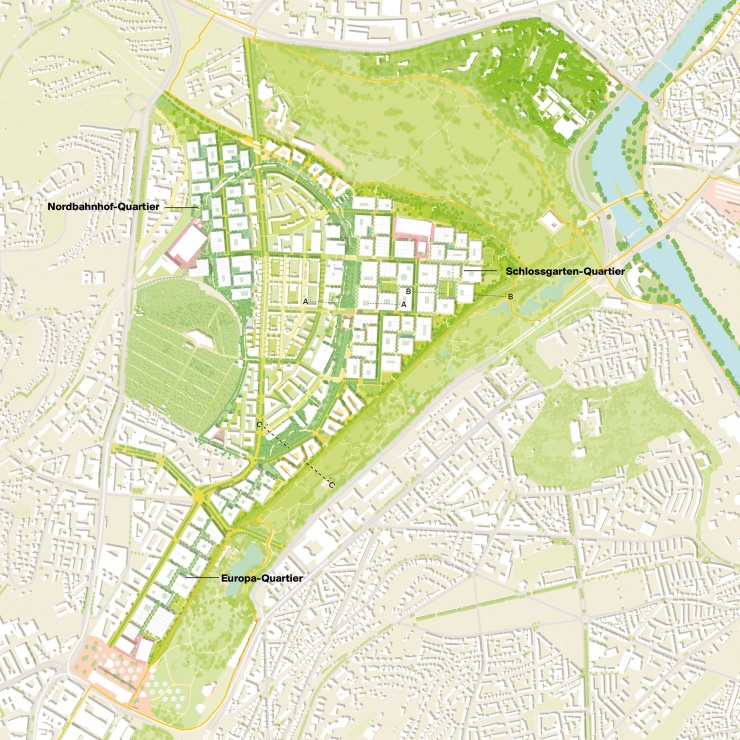