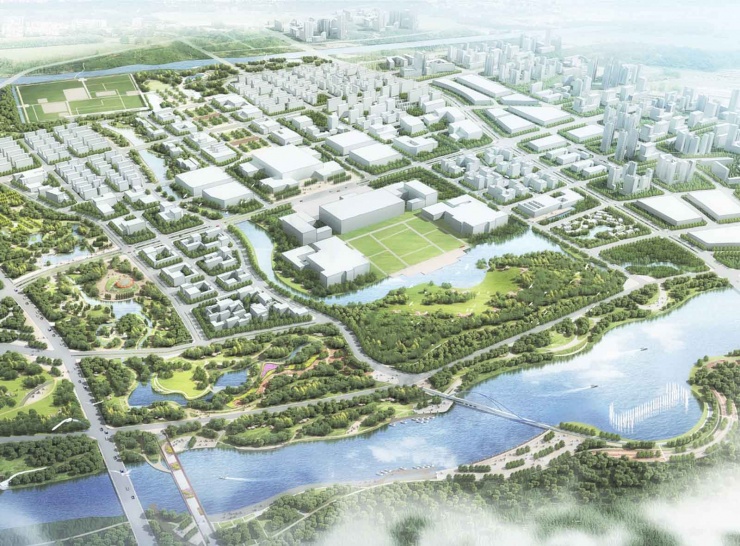 Together with Wasser Hannover and the Chinese Academy for Urban Planning and Design (CAUPD) we have won one of three initial competitions for the new seat of government of the Chinese capital Beijing. As part of the planned amalgamation of Beijing with the cities of Tianjin and Hebei, the new government district will emerge in Tongzhou. The landscape-planning-based competition entry includes the integration of a holistic water and open-space system. The new government district's unique design features and identity were created based on its ecological and technical needs.

Through the merging of Beijing with the cities of Tianjin and Hebei, China's new megacity of Jing-Jin-Ji will emerge, with 130 million inhabitants. To relieve the Beijing city core, this project involves moving the government district from the historical city centre to Tongzhou. The competition entry comprised the planning of a 600-hectare open space to complement the existing urban development masterplan. The varied open spaces will be used for sport, culture, commerce, and education, whereby the identity of each space will be considerably shaped by the proposed water concept.

The proposal for a holistic water system fits into and improves the existing urban-development masterplan, and also considerably helps shape the natural and urban environment that was decisive for winning first place. In keeping with the slogan 'better water – better city', the specially developed sponge-city measures from flood protection to rainwater management all the way to blue-green infrastructure are integrated into the city. The ecologically and technically necessary rainwater canals, for example, are generally not run underground, but instead staged as a special city landscape element and made into an ecologically valuable identifying feature of the services, retail and residential quarters. In this way, different subspaces can be developed and special programs and functions can be offered through water design that will characterize the liveliness and atmosphere of the future government district.

The combination of innovative water-cleaning technologies with a resource-saving grey-water use concept makes for a convincing overall design. We developed the required technical water-treatment facilities into an attractive place with character. 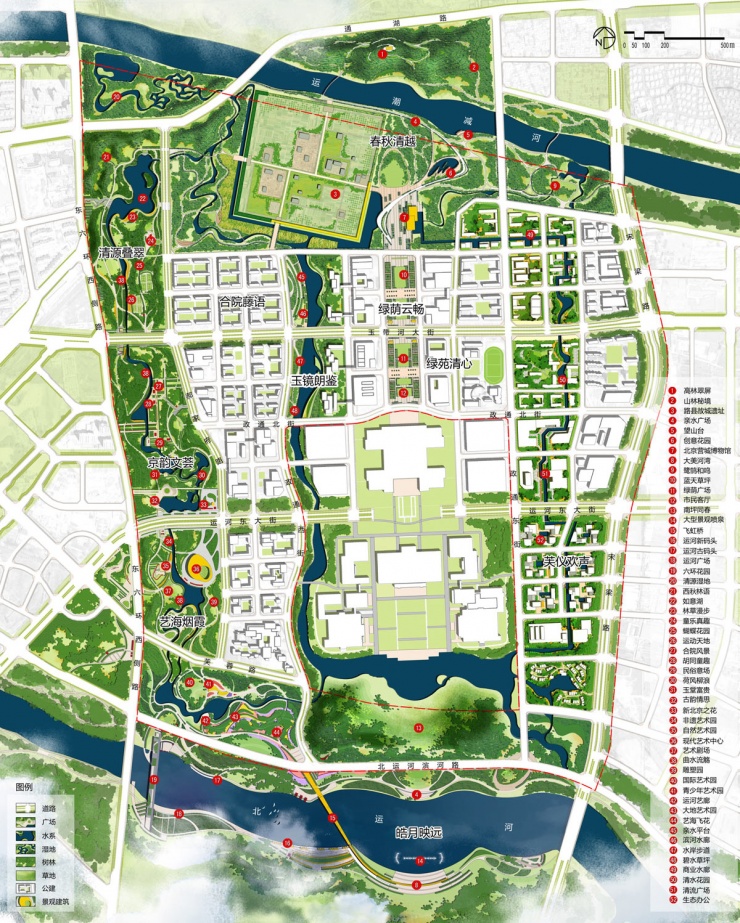