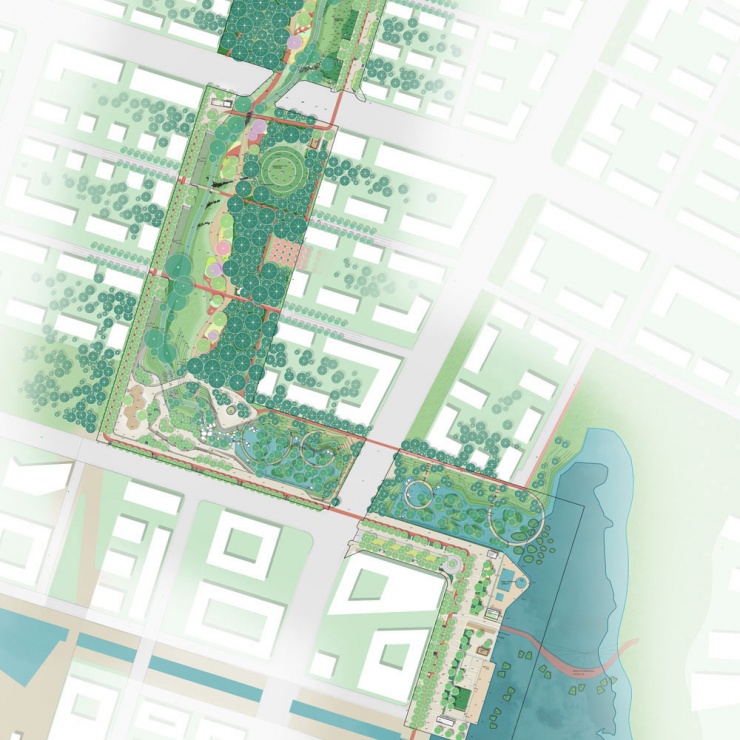 When a park becomes an adventure.

Building on the master plan for the Sponge City Hefei, we next looked at one of its four large parks. The resulting profile should serve as a sample plan for the remaining zones.

In the centre of the park, which is divided into five different areas, is the river, which is integrated as a characteristic element of the Sponge City and is of central importance. It acts as a catch basin for precipitation and floods of all kinds and thus contributes to sustainable urban development.

Depending on the weather and the season, the park looks different and seems to be reinventing itself again and again. If the water coming from both sides of the city causes the river to swell, the park becomes, for example, standing water.

The many plants and trees that form an entire forest in some areas are a central element of the park itself. In some parts, like the eco shore, the existing vegetation is even integrated and made tangible. In addition to the resulting shade donating places and high natural biodiversity, there is another climate-active aspect: The trees store the water at night, which they release into the air in droplets during the day, thereby helping to lower the temperature.

While on the one hand areas are designed for meetings and events with large sunroofs for a market, for example, there are several leisure options along the spacious boulevard of the urban waterfront. There happen to be boat moorings, an amphitheatre in the water, a variety of cafes, or a specially planned swimming pool. The wetland, however, represents a completely different type of landscape design. In addition to areas with retention basins that function in a similar way, the water slowly seeps away, thereby relieving the sewage system.

In order to make the use of a bicycle instead of the car more palatable, a cycle expressway from north to south was planned and cross-paths ensure that the eastern and western residential areas are connected.

The variety of designed different areas answers every aspect and every question that public space can fulfil.

For more information, we highly recommend our video about the project on CFTV. 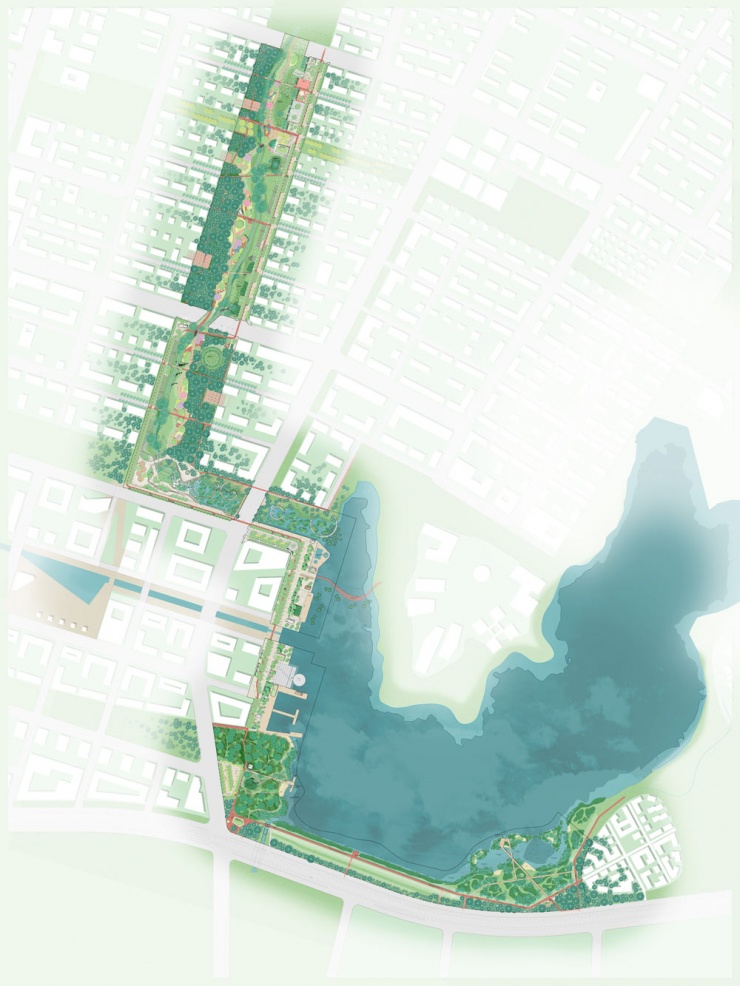