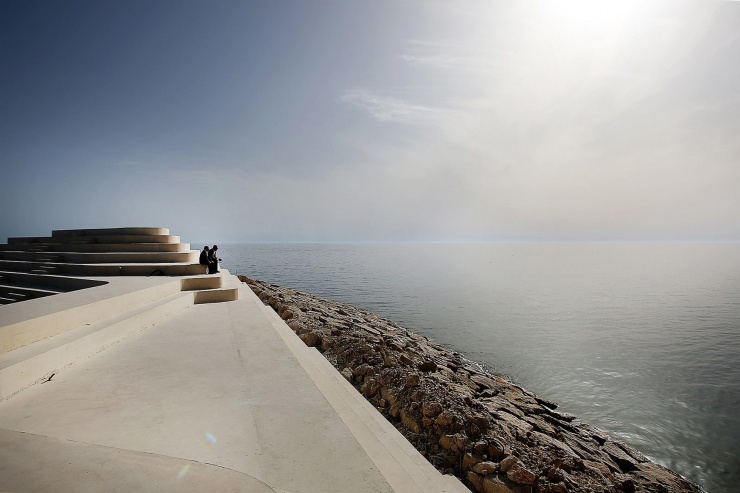 The design of the square is based on the natural coastline of Albania which can be described as a sequence of capes. Our aim was to provide Durres with a place making public space that captures these characteristics of the city. The site is divided in three parts which strengthen the identity of the waterfront: The park, the square and the urban cape. The Park with the green beds and local trees supports the uniqueness of Durres and is easy in maintenance. The Square connects the promenade and the urban cape. By using a specific paving pattern made of a local natural stone it invites people to slow down and stay. The cape divides two waterfronts with a different identity and provides a destination for flaneurs on the promenade. It allows to watch both the sunset and as the sunrise on its two shoulders. Following the geographical and ecological conditions 'Cape Square' is seen from far away and invites to climb as play. It has quickly become a touristic attraction and is known as 'The Sphinx' all over Albania. 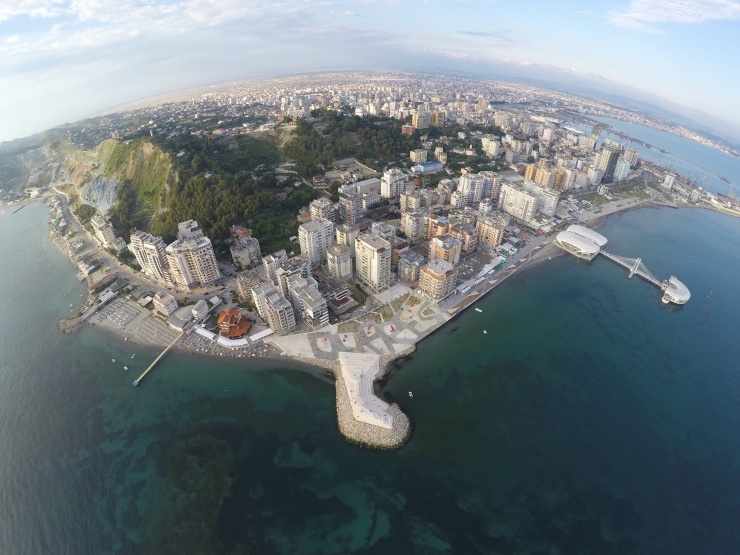