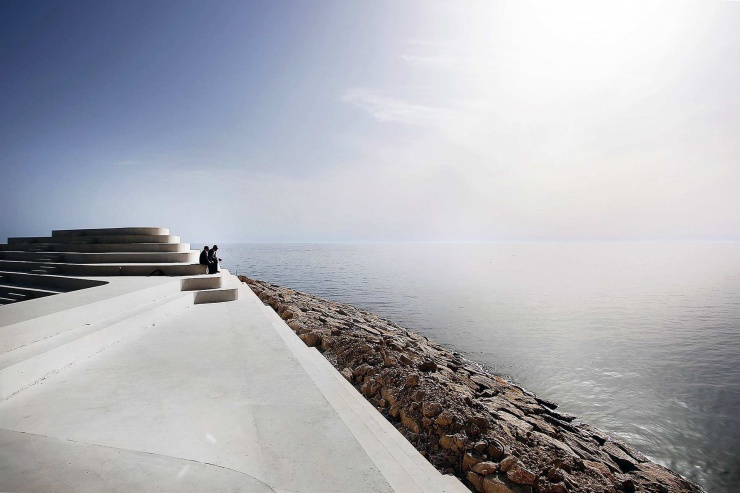 The design of the square strengthens the natural coastline of Albania which can be described as a sequence of capes. Our aim was to turn a necessary element of coastal defence into a public space that strengthened the formerly desolate promenade. The site forms the endpoint of this promenade and is divided into three parts: The park, the square, and the urban cape which acts as a public attraction, free of charge. The Park with the green beds and local trees supports the uniqueness of Durres and is easy to maintain.

Following the geographical and ecological conditions, 'Cape Square' is seen from far away and invites to climb and play.
Cape Square has been received extremely well as a real 'European Public Space' playing an important role in the electoral campaign of the incumbent mayor. It has featured in several music videos and countless wedding pictures and has been published and awarded widely. Cape Square is commonly known as 'Sfinksi' (The Sphinx) all over Albania. 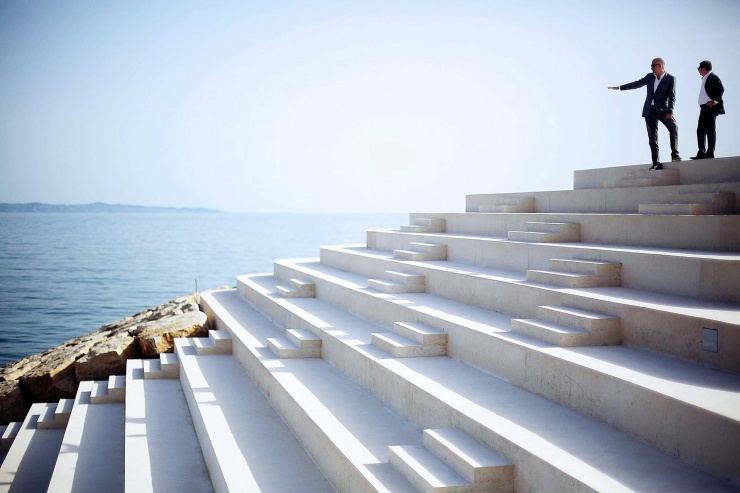