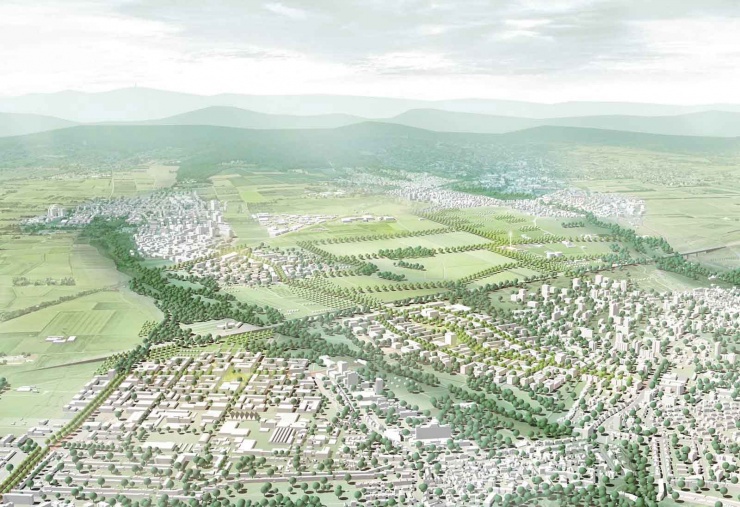 CITYFÖRSTER has been unanimously selected for the design for the "Stadtteil der Quartiere" (district of the quarters)" in Frankfurt am Main, Germany with a concept that combines urban growth with circularity.

The central challenge was how to create up to 10,000 apartments and 8,000 new jobs in an agricultural area on the northwest outskirts of Frankfurt, without losing the scenic qualities of this area. At the same time, the design also had to take into account various challenges; for example, like many peripheral metropolitan areas, the region is intersected by infrastructure - of which the six-lane Autobahn A5, which effectively divides the study area in two, has the greatest impact. A situation that is by no means exclusive to Frankfurt or even Germany, but can be found in most cities.

One of the most remarkable choices was to keep 75 percent of the study area undeveloped, thus preserving the landscape and the connection to the Taunus. The design, which is based on the "Landschaf(f)tStadt" principle, consistently takes the possibilities offered by the landscape and the open space as a starting point.

In order to protect as much of the landscape as possible, the development was kept in compact areas. This means, for example, the abandonment of single-family houses and the planning of mostly apartment complexes of five to six floors, occasionally even higher buildings. The underground and city railways form the backbone of the new districts; the expansion area "Steinbach-Ost" is directly connected to the existing S-Bahn line, and in the districts east of the Autobahn the metro network is being expanded. A number of the neighbourhoods will be car-free.

The aim is to create circularly organized neighbourhoods - neighbourhoods as part of a cycle, in which they make an important contribution to water management, energy, and food supply, that promote environmentally friendly mobility, that regulate the climate and that enhance biodiversity - while naturally offering space for social exchange, providing a home to the community.

All facts at a glance:

4 new residential areas
up to 10,000 apartments
up to 8,000 new jobs
5 schools
20 nurseries
47 hectares of public green within the neighbourhoods
425 hectares of study area
75% of the study area remains undeveloped 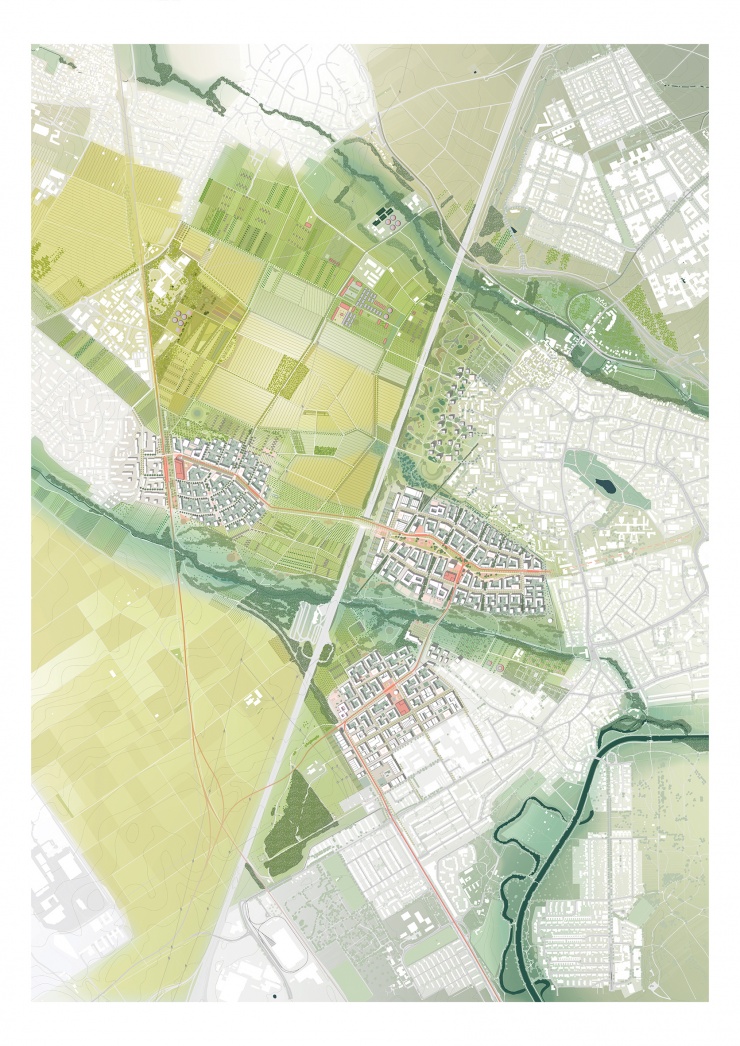