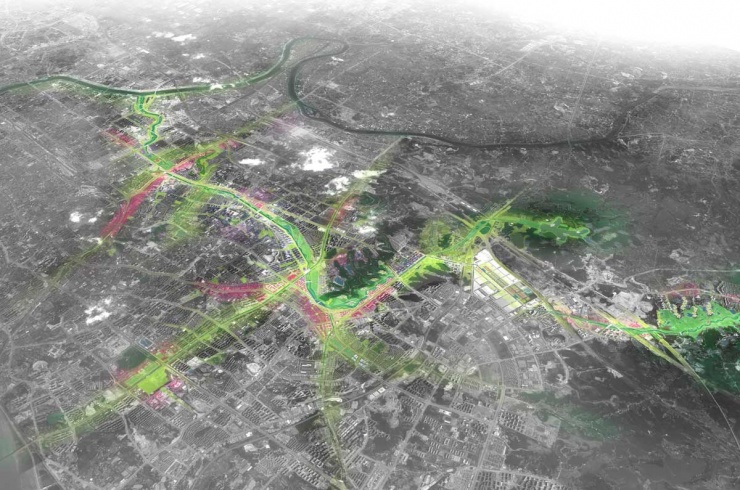 The river Guitanghe in its current state holds complex problems for the urban development of Changsha. In the future, it is to be identified as a central and living lifeline in the city and its ecological, urban, social and cultural significance will be considerably increased.

Based on a flood problem and different water levels of the Guitanghe, dynamic urban development is created that considers water as a variable in dimensioning and programming of spaces. In this urban experimental field, innovative economic and urban development concepts intermesh. Changsha, a growing city, gets an ambitious, positive and future-oriented perspective.

The river is going to play a major role as the central and linear centre of the city and, in addition to water management measures, offers the opportunity to make urban improvements and to connect Changsha via green and blue veins emanating from the river, both within the city and outwards. The Guitanghe will work as a green lung and strengthen the urban ecosystem as well as it will provide the city of Changsha with a new identity through local recreation areas and social and cultural infrastructure. 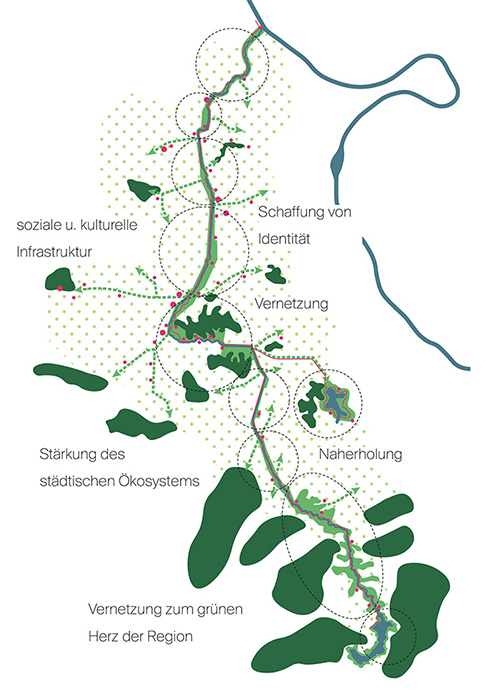