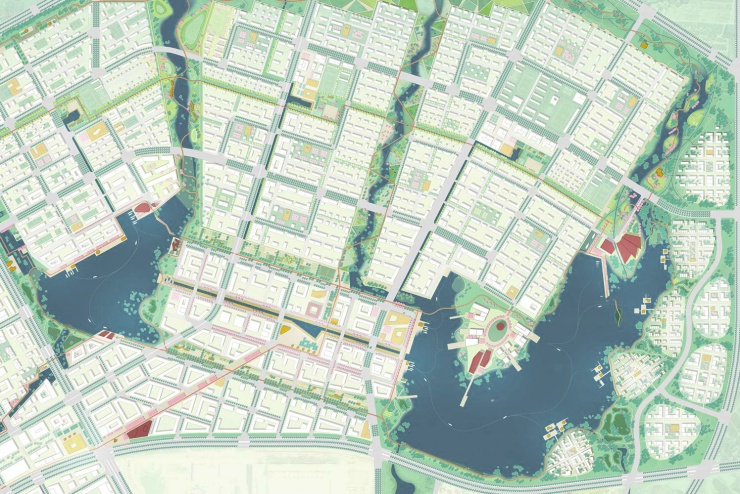 The flagship project Sponge City Hefei relies entirely on decentralized drainage, which should lead to an answer to the flood problem and the extreme weather events that will become increasingly stronger in the future. Our focus was on the planned parks as central and profiling elements of the city, which will become the "green living room" of future residents.

With low-threshold and barrier-free access, the offers of the residential neighbourhoods are supplemented here and the informal meeting, which is so far untypical for China, is promoted. This is achieved through the targeted use of, for example, generous seat edges, freely movable furniture, and picnic areas. 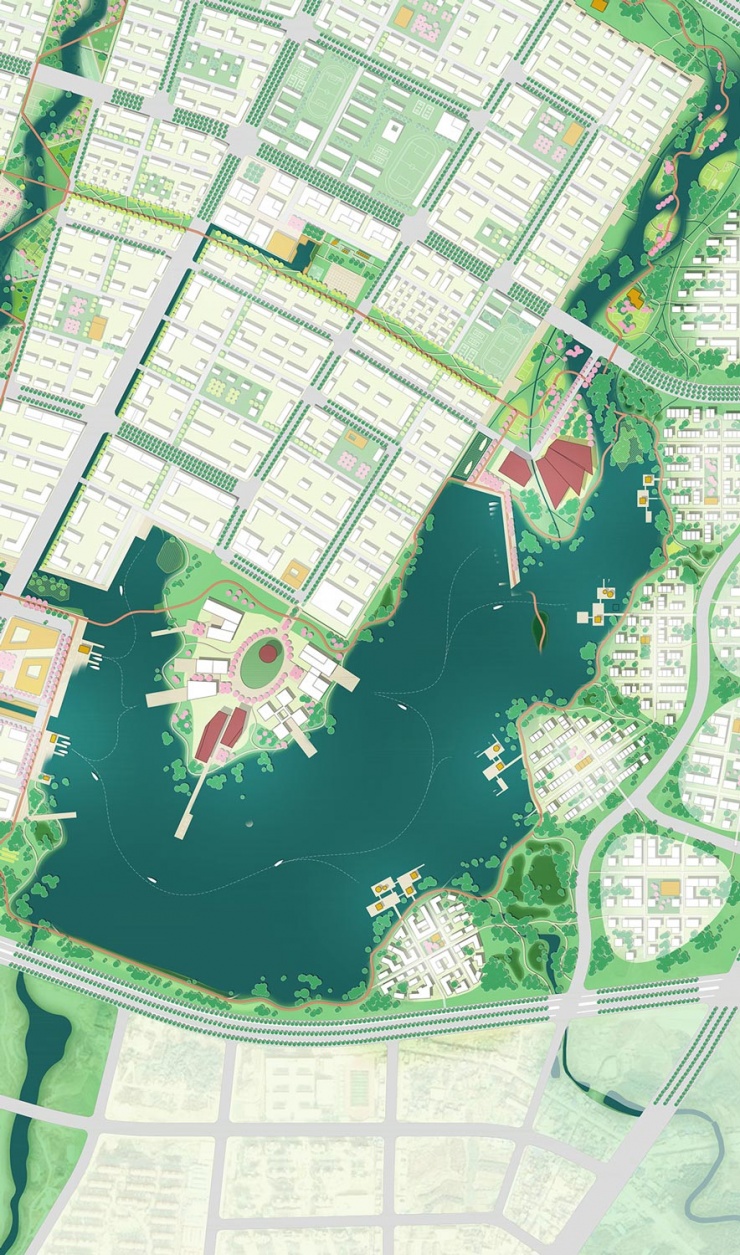 Zoom in on Masterplan of Airport City Hefei
Related
© Cityförster 2023