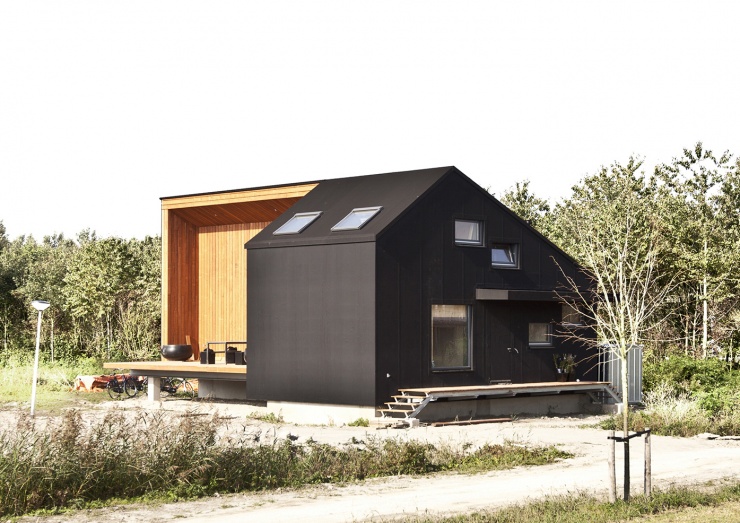 The Rubber House as a price winning project in the Eenvoud/ Simplicity competition was selected to be built in Almere, Netherlands, as one of 12 experimental housing projects. In volume and style inspired by the simple and archetypal Dutch barn architecture the Rubberhouse forms a simple asymmetric double pitched roof inhabiting 2 storeys, in combination with a single pitch roof with one storey. The resource saving construction consists of massive wood panels from cross-laminated timber. The outer walls and the roof surface are clad with black EPDM foil. In contrast to that the atmosphere of the inside is characterized by the natural warm surface of the massive wooden walls. The utilization concept proposes small private rooms in favour of a generous open plan living area. Clear lines of sight through the entire building support the robust, open space sequence and allow visual connections into the adjacent forest. The living room can be expanded via the large sliding glass doors onto the terrace. The high degree of prefabrication allowed for a building period of only three months. 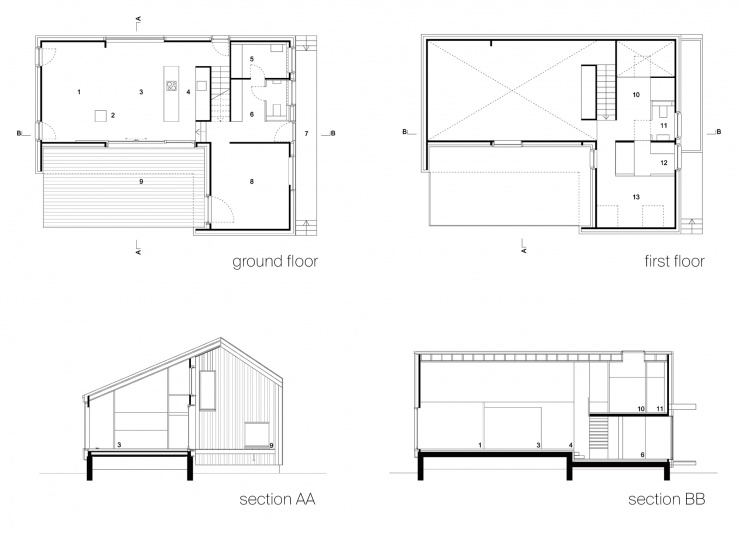