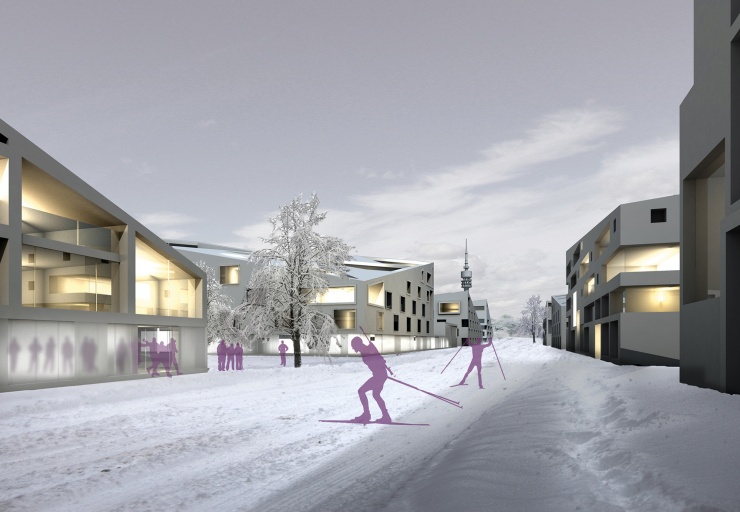 The design for the Olympic Village in Munich looks beyond the Olympic Winter Games 2018: It is planned as a future-orientated inner city borough offering new ways of living and car-free areas, as well as functioning on closed-loop-systems (energy, water, waste). The typical outset of the perimeter block as a 'successful element' of the European city is formally and programmatically refined: The ensemble of tapered roofscapes, creating the characteristic image of a built landscape, determines a continuation of the close-by Olympic Park. These roofscapes form generous terraces for use by the inhabitants as well as generating ideally oriented surfaces, which are beneficial for the use of solar energy. Various sizes and styles of apartments such as lofts, patios and duplexes, as well as urban terraced houses resembling "house-in-house"-arrangements, are combined into one single block. Hereby a lively and diverse community shall be promoted and enabled. 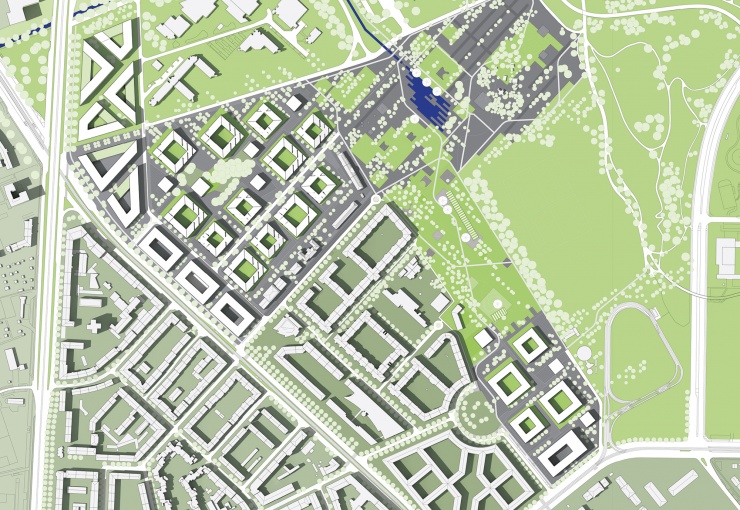