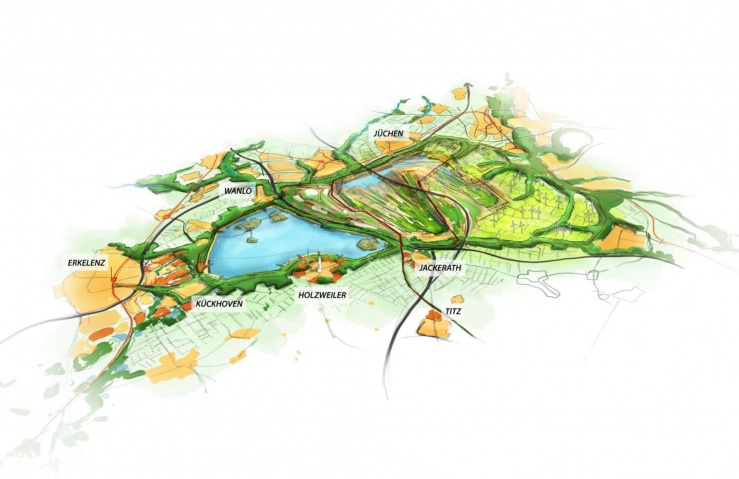 The opencast mine Garzweiler migrates within the region of Cologne / Mönchengladbach / Dusseldorf within decades. Highways are relocated, areas demolished, almost 8,000 people resettled. An abandoned area with no history is left behind. "New Energy" is a landscape in motion and consciously focuses on a development process starting now. The advancing open-cast mining is no longer intended to monofunctionally determine the space, but instead, through spatially and temporally projects, the landscape will develop in an attractive way in every phase.

"Capturing the hole" is the first development phase: this is not only about the development of the mining area and its staging as a fascination but also by a change of image of the region. In addition, a green-blue infrastructure is being developed, which, as the largest park in Europe, surrounds the opencast mining area. A cable car "overflows" the hole, makes it experienceable and re-connects suspended villages. After the end of the brown coal mining, large areas are free for settlement, landscape and commercial development: a space that will be characterized by an exciting topography with novel open-space structures.