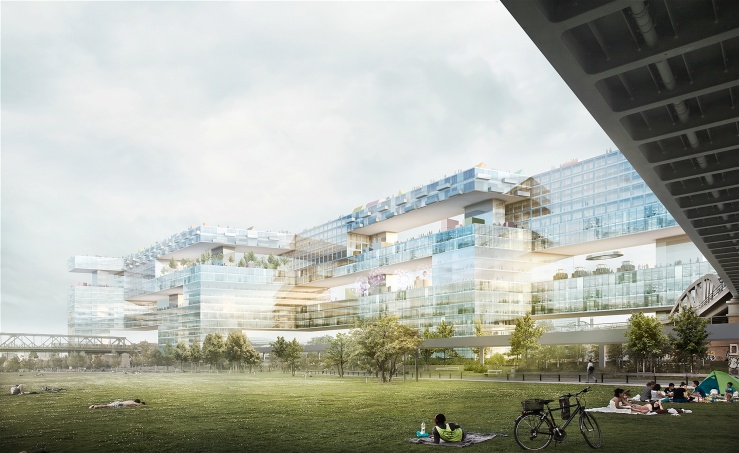 The building's structure is based on the static elements pillar, plate and gate as well as the every few minutes incoming trains. A natural passage from Luckernwalder street to the signal box and the park connection south is build up by the viaduct facades of lines U2 and S21. They could easily be activated by contemporary commercial usage for the traffic centre "Heart of Stations".

In sum, a unique specimen is generated, creating a special atmosphere and spatial quality between the tracks and towards the park. In the north-south direction, the slender, 17-storey superstructure is extended over the property. It is adapted as a rostrum and stage to the park and fits into the heterogeneous property structure between ICE lines and stations. In the base area, four gates allow the train transits and significant visual references in north-south as well as in east-west direction. On the various levels, " heavenly" spaces for non-commercial transit and temporary users are integrated into the structure of established users and anchor tenants. 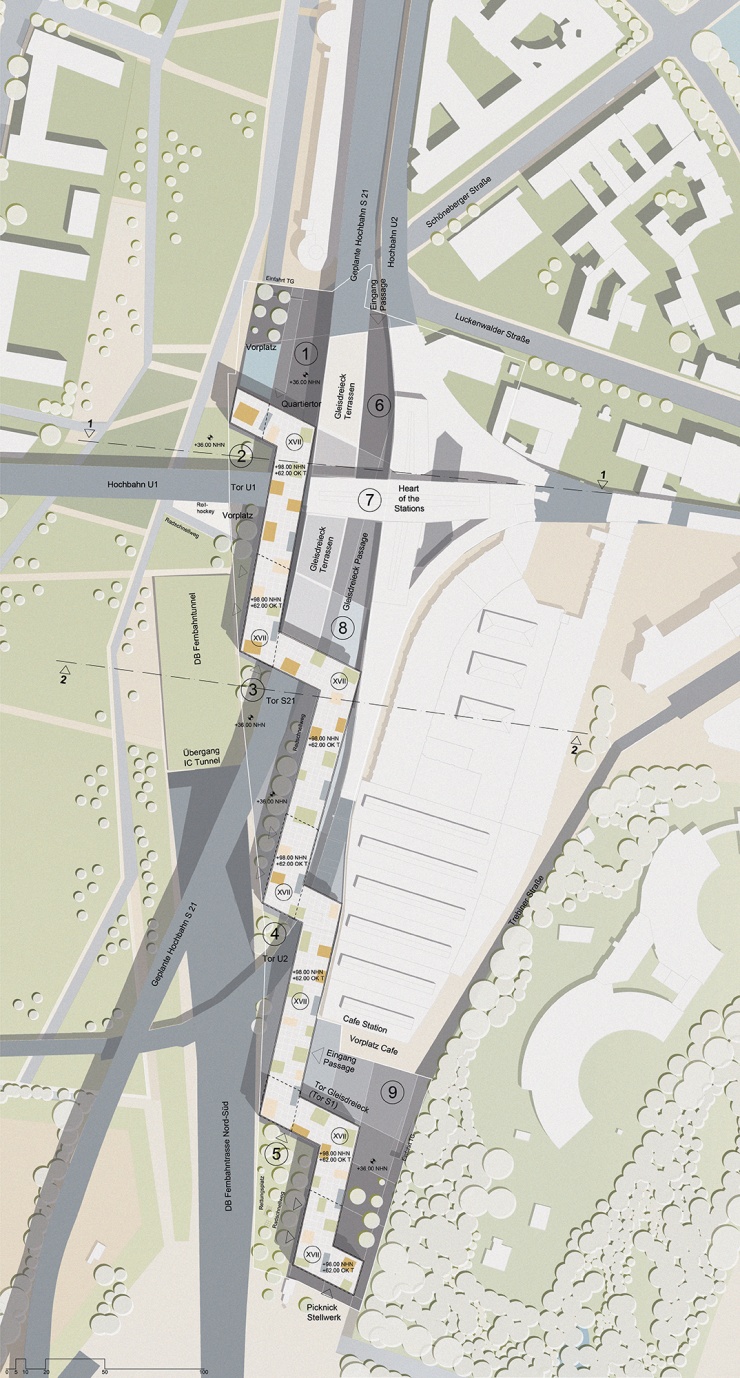