For an area of 22 ha close to the centre of Tirana the masterplan proposes a sequence of three cross-fading typologies, responding to the degrees of centrality that the site crosses. It is anchored by a central public promenade that mirrors the trajectory and design of an adjacent public park, which is a continuation of the main urban axis of Tirana and extends into a series of large green ‚rooms'. A network of green links passes through the typologies and connects them to the park. The building typologies are a plinth with towers along the ring road, perimeter-blocks and linear housing on the outskirts limited by the railroad. Special emphasis is placed on the design of a series of public spaces, forming smaller scale neighbourhoods and specific identities. 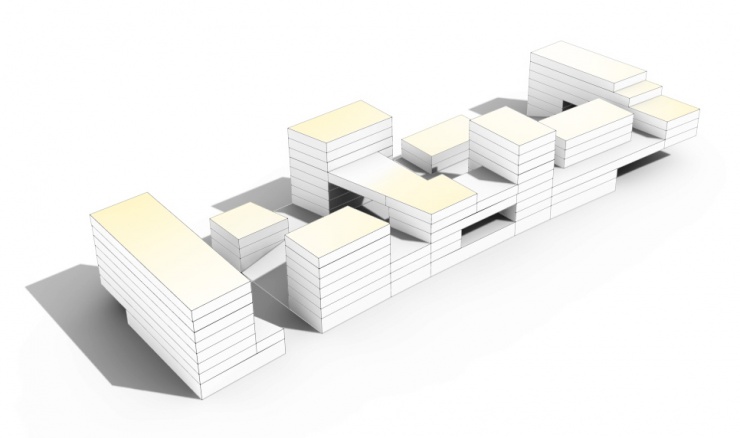