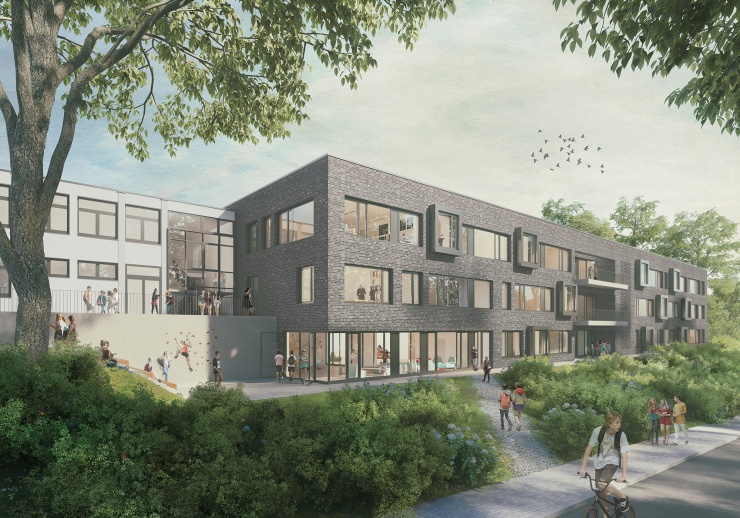 The Nümbrecht School Centre is to be restructured in several construction phases and thus converted from a classical corridor school with internal, anonymous and unused corridors into a new spatial-pedagogical concept, the Cluster School.
The corridors will be activated and transformed into communication zones, supplemented by group / EVA rooms and team stations, as well as niches and self-study areas, and opened to the communication zone. 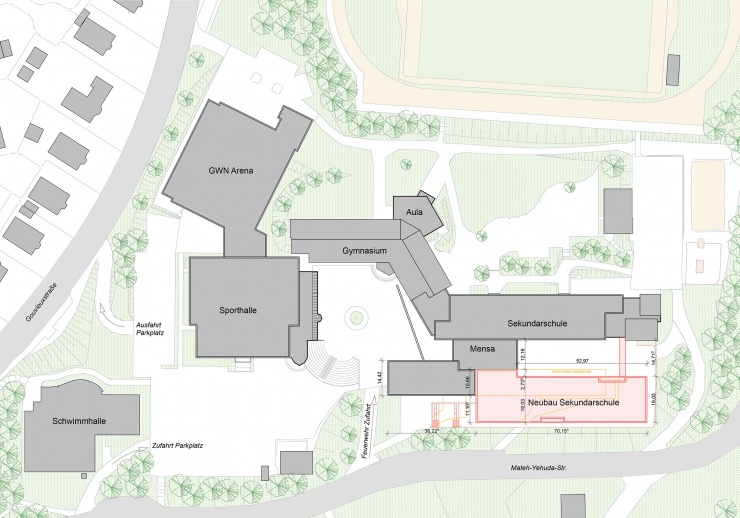