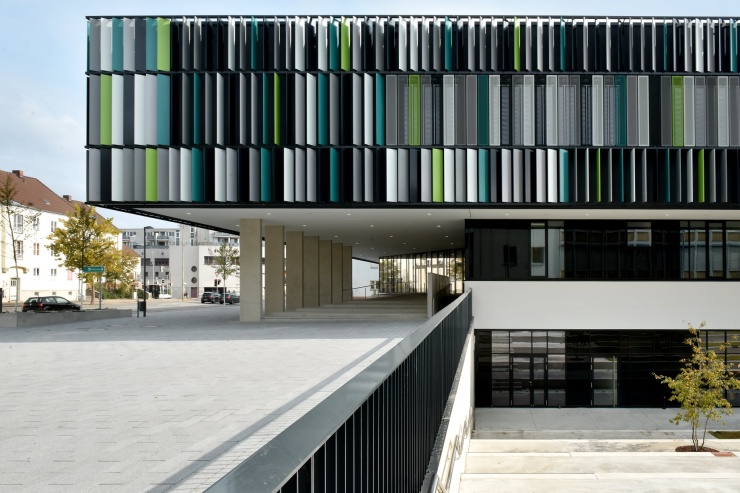 At CITYFÖRSTER, we aim to create spaces for social interaction and exchange - places where people come together, but where they can also find a sense of security.

For our school project in Wolfsburg, the existing buildings of the former Hermann-Löns-School were expanded to include a new building for the secondary school. The aim of the design was not only a respectful treatment of the existing architecture but also its logical and consistent continuation. The comb-like structure of the existing school building was continued on the ground floor level. The space in between can be regarded as the "heart" of the school: a three-story open space that connects all floors vertically and serves as the main gathering place. At the same time, the building opens up horizontally: Generous glass surfaces and entrances open the ground floor to the city, the schoolyard, and an adjacent park – creating fluid transitions between the inside and the outside.

With the Neue Schule Wolfsburg, we've sought to create a school building that is open to the world, encourages its students to meet and collaborate, yet at the same time functions as a safe haven to learn. 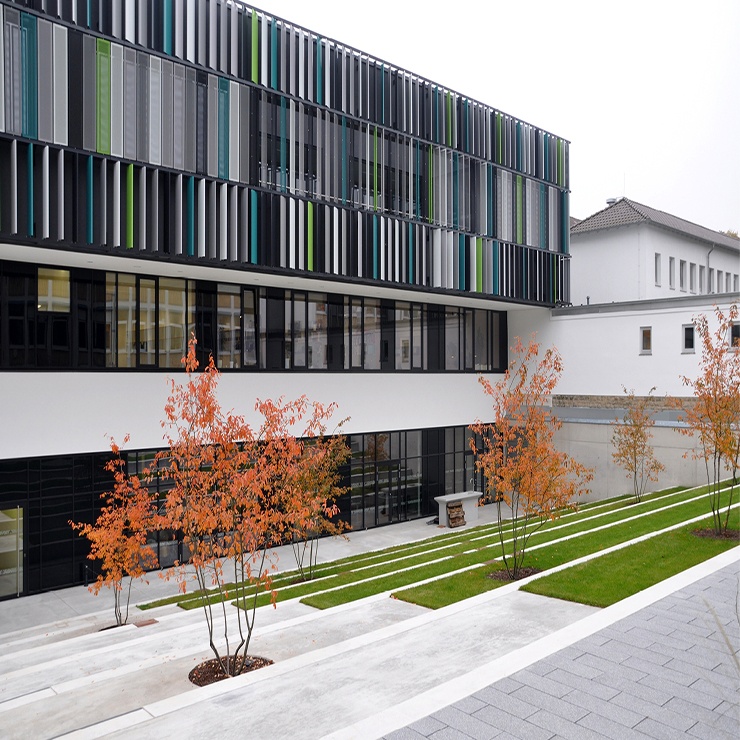