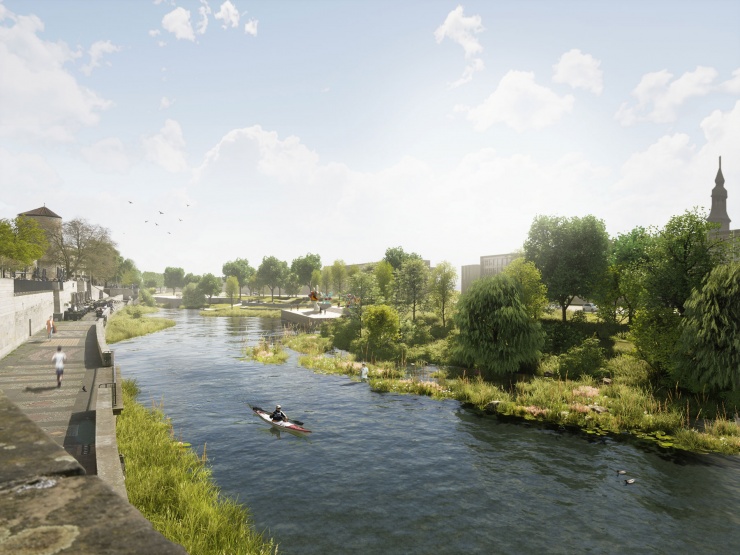 A river in the middle of Hannover's city center holds the potential to be an inviting, green place where city dwellers enjoy spending time. Currently, valuable areas along the Leine's shores between the river and the Cityring are neglected and underused.

In pre-industrial times, the Leine and its tributaries were among the river systems in northern Germany which had the highest quantity of salmon. During industrialization and the resulting pollution of the water bodies many fish species have disappeared. The reduction of the fish stock is linked for example due to the construction of hydroelectric power plants and dams, and the large-scale river development carried out in the 20th century.

Numerous projects since the 1970s have restored and improved the water quality and the ecological connectivity. The renaturation of rivers is an important contribution to a resource-efficient and ecological city.

In the confined spaces of a city, a particularly large number of different demands are placed on water bodies. However, numerous potentials along the Leine remain unused in the inner city. Further, the canalization and urbanization of the stream only allows to a limited extend the return of flora and fauna to the city. Renaturalised rivers in the city can help to cushion the effects of climatic changes. For example, riparian areas can be integrated into flood protection by retaining the water during periods of extreme rainfall. In addition, the design addresses urban planning goals, such as making the river shores more attractive and easily accessible for the citizens.

Since the Leine is an urban river, it ought to be addressed both in ecological as well as in social terms. Various interventions along the riverbank serve to revitalize and enhance the quality of life. The key part of the project are the renaturation of shore opposite to the "Hohes Ufer", the reduction of the cityring and the fish ladder. In these areas, new habitats for flora and fauna are created along with new places and functions for recreation. The fish ladder close to the Friederiken Bridge, will enable the connectivity and improvement of existing habitats and it will increase the visibility of the Leine in the city as a unique selling point.

The concept for the renaturation of the Leine was presented on the 29the of September 2022 with the Leinewelle e.V. and Angler Association and published in the Hannoversche Allgemeine Zeitung (HAZ), among others. 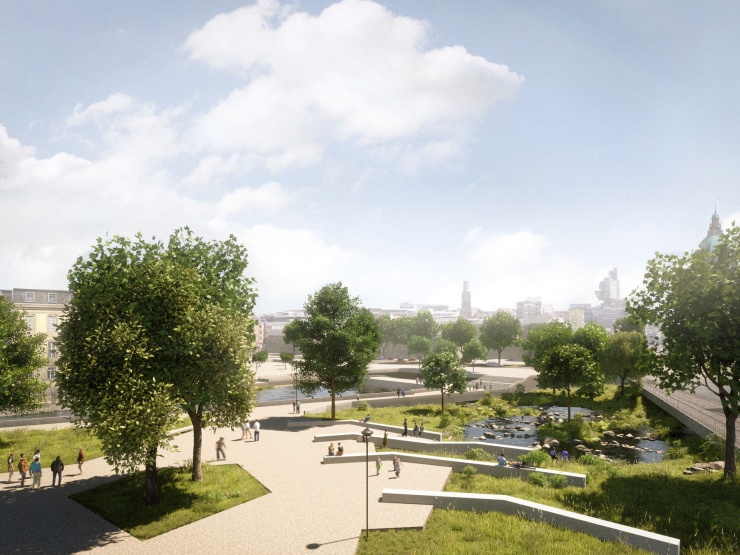