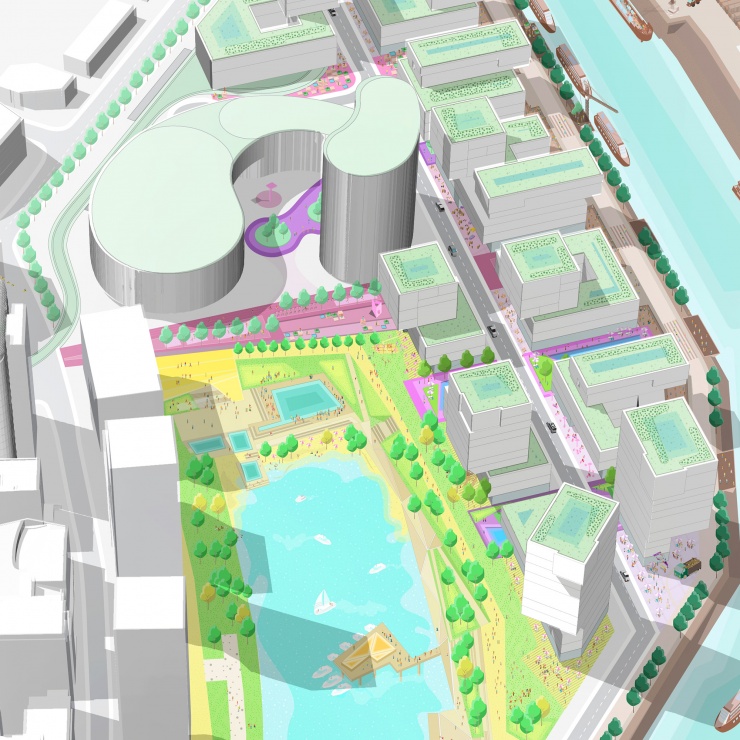 At the junction between the media harbour area and the economical harbour area, a vibrant district is created, which has the interlacement of space, atmosphere and program as its principle. An encounter place for working, researching, inventing and recovering with a strong connection to the water arises. Two differentiated loops form the basic open-space framework. Central is the entirely experienceable loop of the leisure harbour with the urban city beach, green terraces, rowing club, marina and the "Kesselplatz" - square at the top of the peninsula.

Future-oriented is also the industrial harbour, which fits like a second cycle in the system, as the industrial world 4.0 changes. Both "ports" get their new head-end structure through the Pier-One. The loops are connected via 6 public spaces, so-called braces, which pave the way for three squares - Kesselplatz, Hafenplatz and city beach - creating customized meeting places for visitors and residents equally. The urban structure is also characterised by the intermeshing of typologies and promotes innovation, creative work and vibrancy. This "striking harbour mixture" with towers, halls and bars forms the identity-creating and highly flexible structure for a vivid and multifunctional quarter. 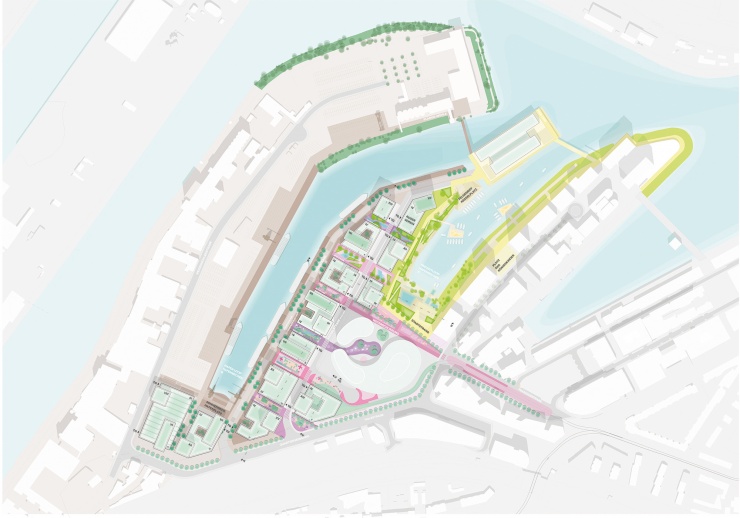