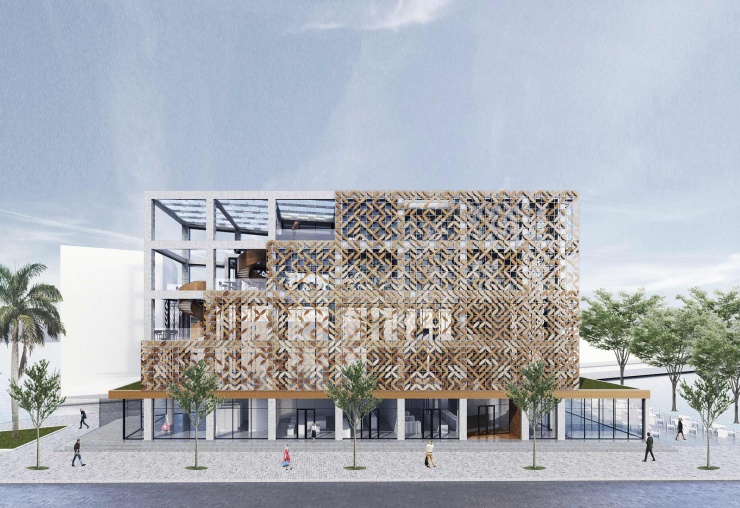 The plot of Bar Center in Fier (Albania), located next to our projects Rinia Complex and Building Block on a central urban intersection and adjacent to an inner-city park, was occupied by an existing building from the late 1990s. This building – the plinth of an unfinished high-rise, which stood at three storeys high – was unassuming and unfitting for this prominent location; therefore, the owners approached us to extend the building and upgrade the existing floors. So we used the volume of the existing building as a starting point for the design.

The addition activates the upper floors and makes them directly accessible from the new main square of Fier, to which the building now prominently orientates. The result is a stepped five-storey volume enclosed in a geometrical, rasterized façade. This geometrical façade, in turn, is partially clad in semi-transparent golden shading sheets, which function as a screen against the sunlight. Additionally, they bring more unity to the building's appearance. The volume, whose two newly added floors contain a publicly accessible rooftop bar with views over Fier, offers an urban topography that serves the city as a whole. 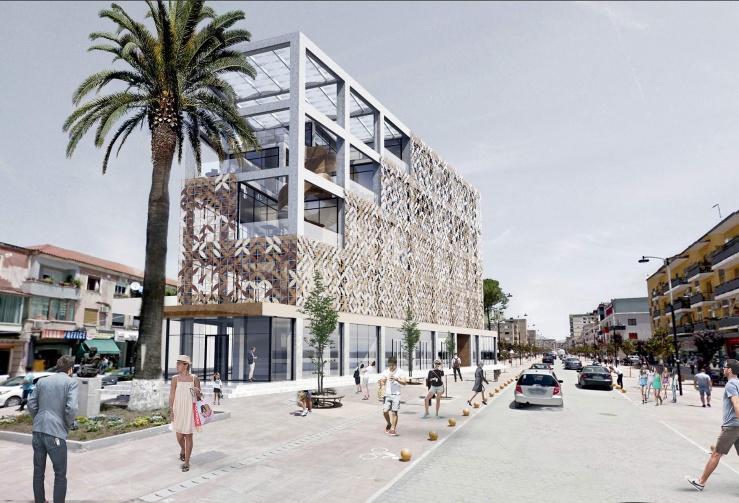