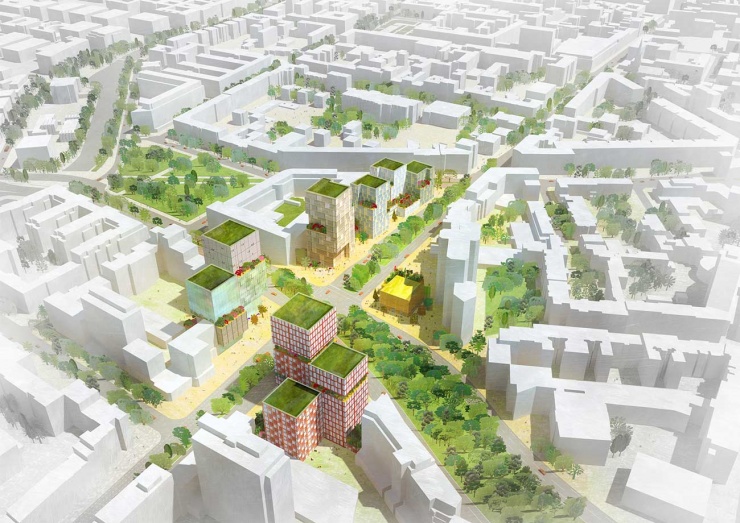 The city of Berlin is characterized by solitary peaks that build up little connection to each other. The skyscraper confetti thus forms the opposite position to the clearly defined perimeter block development. The design area, as a gateway to the densely populated area of the City West, brings the great potential of four related properties and their simultaneous development.

A cluster of 2-3 high points will be formed on each plot, inspired by the diverse buildings in the surrounding area. The distribution of the building mass on different high points makes the buildings resilient and efficient since they can be divided and used differently. The concept is based on the continuation of the diverse and sophisticated urban structure while at the same time ensuring high land utilization. By emphasizing the intersection as an urban, high-density hotspot, a new location with special centrality and distinct urban conciseness is created. 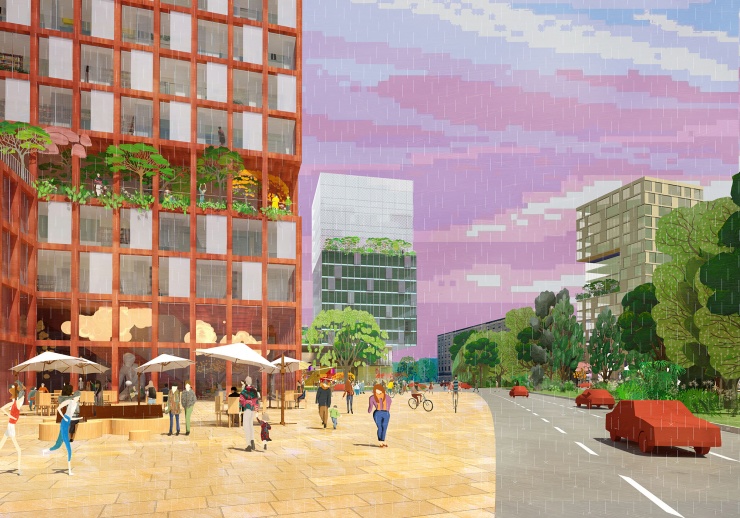 view from An der Urania to the north
© Cityförster 2022